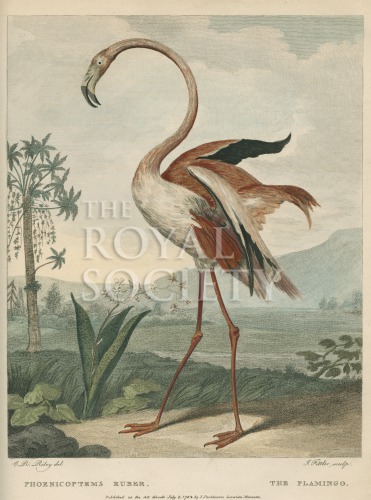 Image number: RS.10532
Credit: © The Royal Society
Looking for a special gift? Buy a print of this image.

The accompanying text states that: “It is a native of Africa, but is not unfrequently seen as an occasional visitant in many of the warmer parts of Europe. It is also a native of the West Indies.”