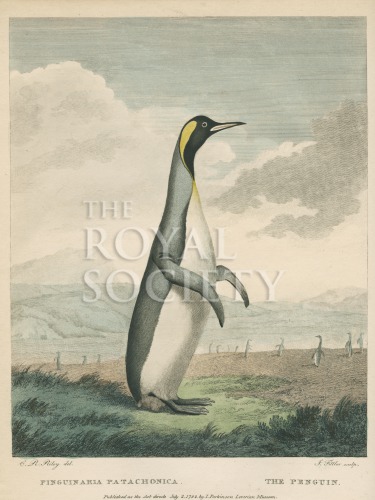 Image number: RS.10533
Credit: © The Royal Society
Looking for a special gift? Buy a print of this image.

Ornithological study of a King Penguin (Aptenodytes patagonicus), shown in a landscape with a colony of other birds in the background.

The accompanying text states that: “This curious species is a native of the southern hemisphere, and is principally found about [the] Falkland Islands.”