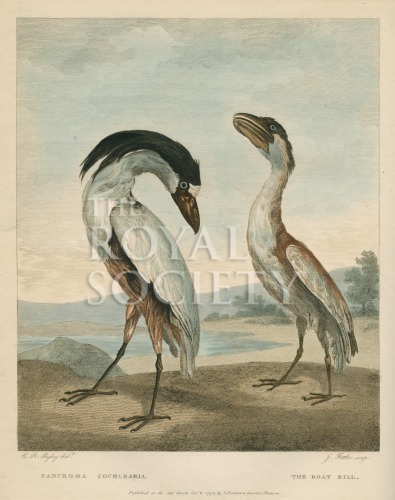 Image number: RS.10534
Credit: © The Royal Society
Looking for a special gift? Buy a print of this image.

The accompanying text states that: “The Boat-bill is a South American bird, and frequents watery places, feeding nearly in the manner of Herons, on fish, frogs,&c.”