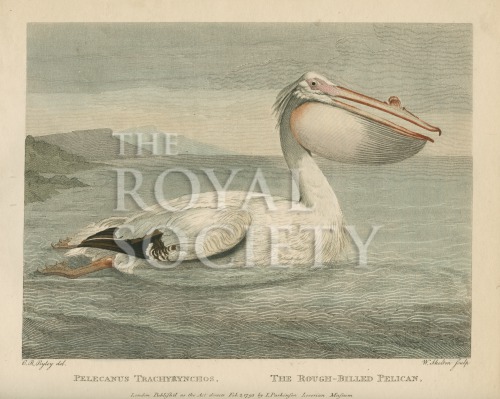 Image number: RS.10535
Credit: © The Royal Society
Looking for a special gift? Buy a print of this image.

The accompanying text relates that: “It is a native of North America...living principally on fish, of which, as well as of water, they are capable of carrying a vast quantity in the pouch...”