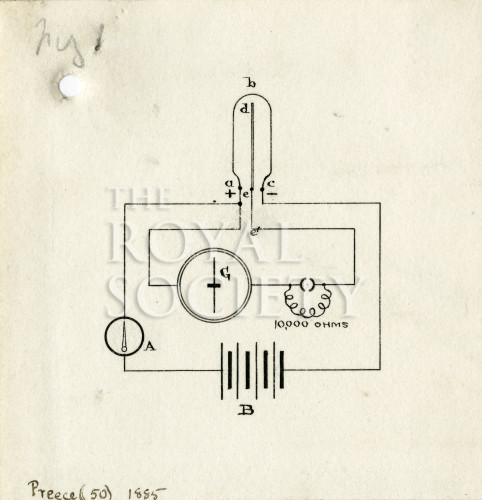 Diagram of an electrical experiment on the strength of a derived current, proposed by Thomas Edison.

Figure 1 from the manuscript version of the paper ‘On a peculiar behaviour of glow-lamps when raised to high incandescence’, by William Henry Preece, Proceedings of the Royal Society, v.38 (1884), pp.219-230.

The accompanying text commences: ‘During my recent visit to America (October 1884), Mr. Edison showed me a very striking experiment with glow-lamps the principle of which he had not threshed out, although he had attempted to apply it practically to the regulation of the current flowing in Electric light circuits’.