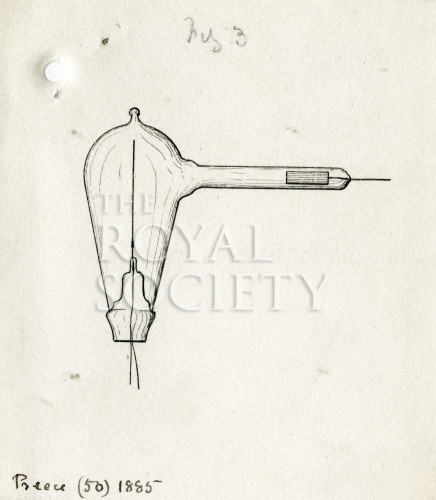 Diagram of an experimental electric light bulb with an extended limb containing a metal plate removed from between the filaments, manufactured by Thomas Edison.

Figure 3 from the manuscript version of the paper ‘On a peculiar behaviour of glow-lamps when raised to high incandescence’, by William Henry Preece, Proceedings of the Royal Society, v.38 (1884), pp.219-230. The printed illustration reverses the orientation of the figure.