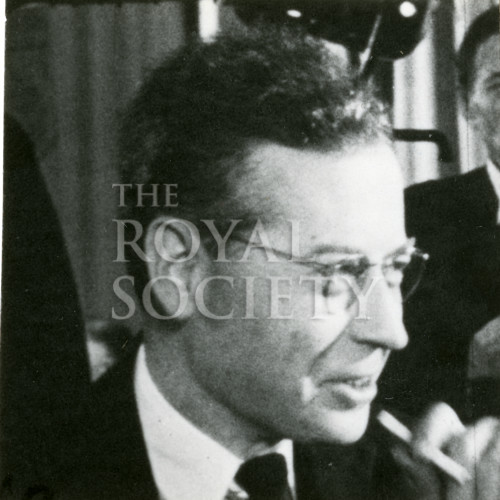 Informal snapshot portrait of Albert Baird Hastings raising a cigarette to his lips. Head and shoulders looking to the right as viewed, the picture cropped from a larger print.

One of four photographs with a typed title above: ‘THE SCIENTIFIC MISSION TO MOSCOW’. This image is annotated below: ‘A Baird Hastings’. Pasted into the transcribed diary of A G Sanders within the archive collection of Howard Florey. The Anglo-American Medical Mission to the U.S.S.R. spent one month in the country, bringing research results, visiting institutions and making personal contacts with scientists and medical researchers in the Soviet Union.

Albert Baird Hastings (1895-1987) American biochemist and physiologist was Hamilton Kuhn Professor of Biological Chemistry at Harvard University and later Director of Biochemistry at the Scripps Clinic and Research Foundation.