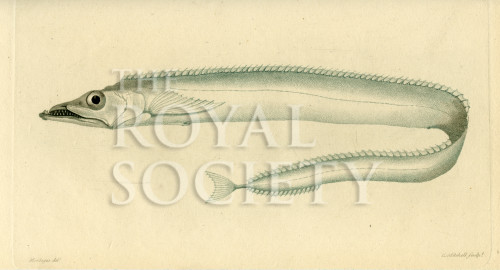 The accompanying text states that: ‘This singular fish was taken in Salcomb harbour on the coast of Devon, on the 4th of June last (1808). It was swimming with astonishing velocity, with its head above water; to use the fisherman’s expression, “going as swift as a bird”, and was killed by a blow of an oar. It was made a public show in Kingsbridge where in one day a guinea was taken for its exhibition at one penny each person.’

George Montagu (1753-1815) naturalist and army officer, was a Fellow of the Linnean Society. He described several British molluscs and fish for the first time.