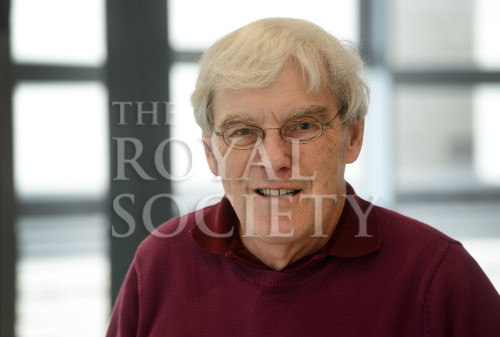 Head and shoulders portrait of Richard Henderson taken at the MRC Laboratory of Molecular Biology in Cambridge, October 2017.