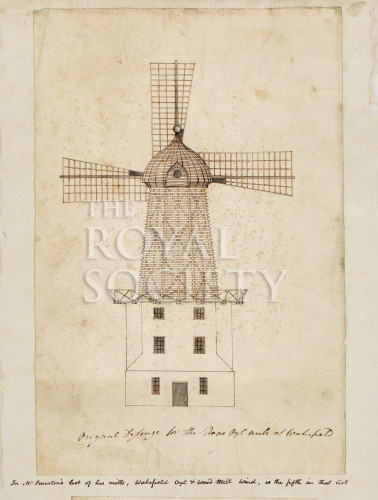 Elevation of the smock style oil and wood mill at Wakefield, scale 1:24.

Inscribed ‘Original design for the rape oyl mill at Wakefield’. Further inscription on paper support by John Farey reads ‘In Mr Smeaton’s list of his mills, Wakefield oyl & wood mill wind, is the fifth in that list.’