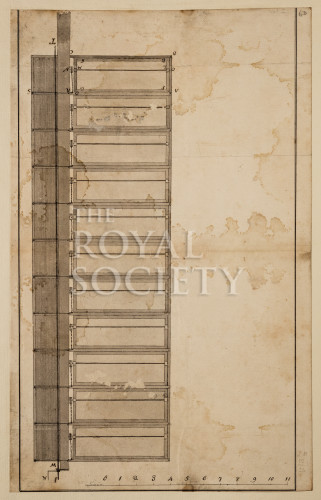 Plan of the shutter sail, scale 1:24. It is not clear if this is the original drawing submitted by Andrew Miekles as indicated in the copy letter JS/1/14 (RS.13155), or a later reproduction by Smeaton.