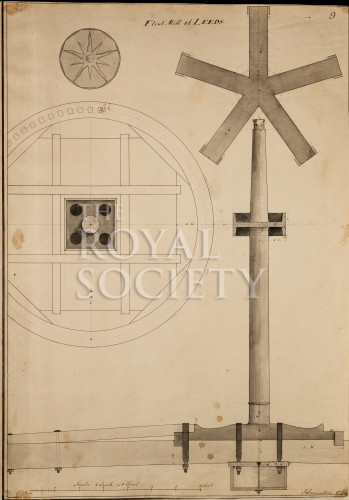 Plan and elevation of wind shaft with a plan of gearing for the flint mill at Leeds, Yorkshire at a scale of 1:12.