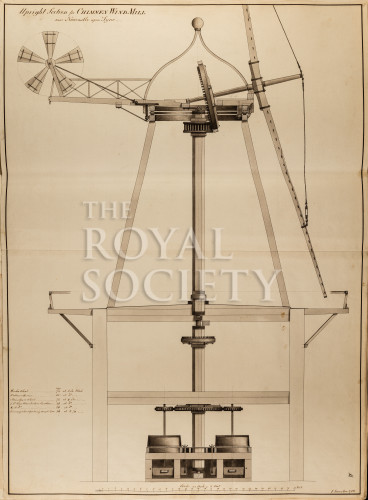 Upright section of the chimney windmill near Newcastle upon Tyne, at a scale of 1:36.

Inscribed ‘Upright section for CHIMNEY WINDMILL near Newcastle upon Tyne’ and signed and dated lower right.