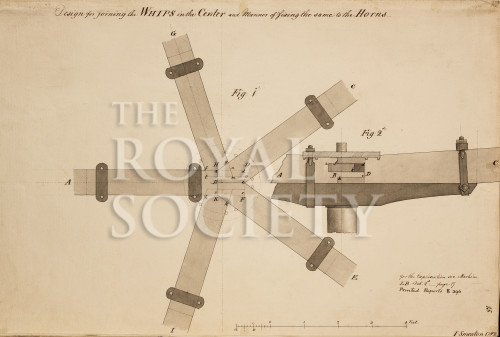 Signed and dated lower right and inscribed title ‘Design for joining the WHIPS in the Center and manner of fixing the same to the Horns.’ top centre. Further inscription by John Farey ‘for the Explanation see Machine LB vol 2nd page 17 Printed Reports II 396.’