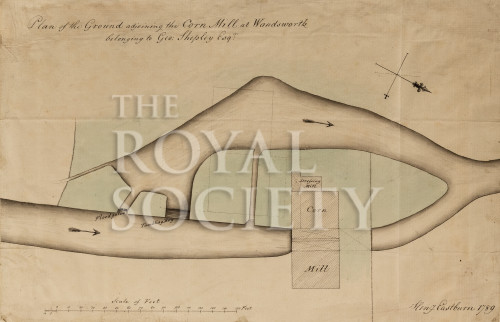 General plan for the ground adjoining the corn mill at Wandsworth, London, at a scale of 1:38.