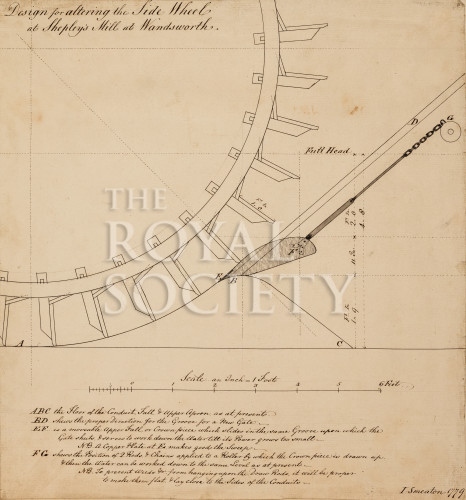 Half sectional elevation of the side wheel for the mill at Wandsworth, London, at a scale of 1:12.

Signed and dated lower right and inscribed ‘Design for altering the side wheel at Shepley’s Mill at Wandsworth.’ top centre.