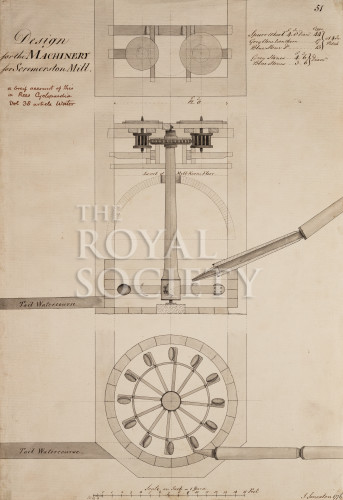 Vertical and horizontal sections for the machinery for the mill at Scremerston, Northumberland, at a scale of 1:36.