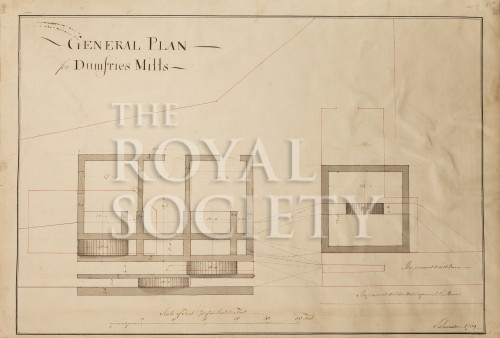 Plan of the mill on the River Nith, Dumfriesshire at a scale 1:96.