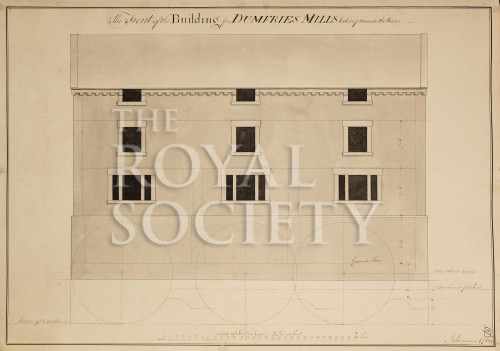 Elevation of the front of the mill building on the River Nith, Dumfriesshire, at a scale of 1:48.

Signed and dated lower right and inscribed ‘The front of the Building for Dumfries Mills looking towards the river.’