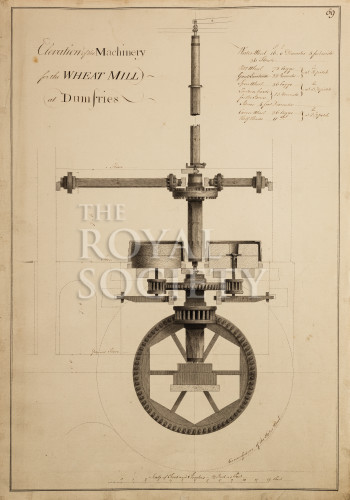 Elevation of the machinery for the wheat mill on the River Nith, Dumfriesshire, at a scale 1:24.

Inscribed ‘Elevation of the Machinery for the WHEAT MILL at DUMFRIES’