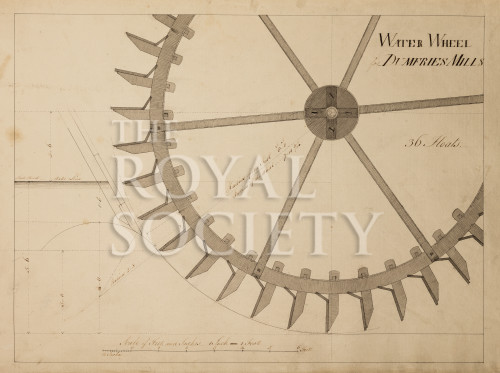 Sectional elevation of the water wheel for mills on the River Nith, Dumfriesshire, at a scale 1:12.