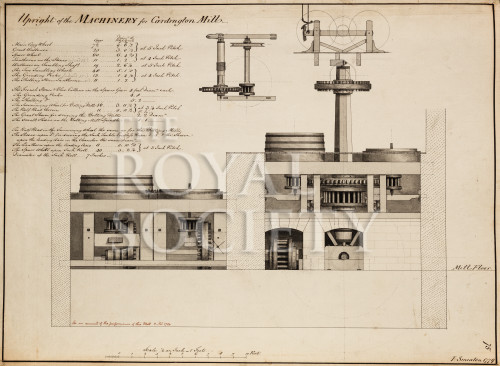 Section of the machinery for the mill at Cardington, Bedfordshire, at a scale of 1:24.

Signed and dated lower right and inscribed ‘upright of the MACHINERY for Cardington Mill.’ Further inscription by John Farey ‘See an account of the performance of this mill 2 Nov 1784.’