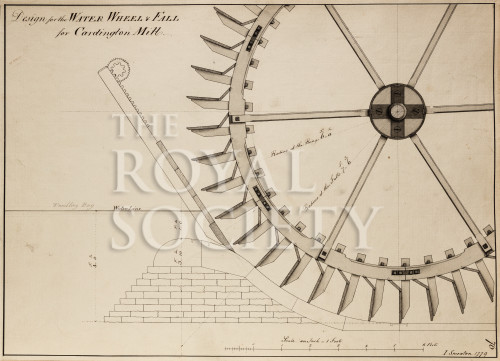 Sectional elevation of the undershot water wheel and fall for the mill at Cardington, Bedfordshire, at a scale 1:12.

Signed and dated lower right and inscribed ‘Design for the WATER WHEEL & FALL for Cardington Mill.’