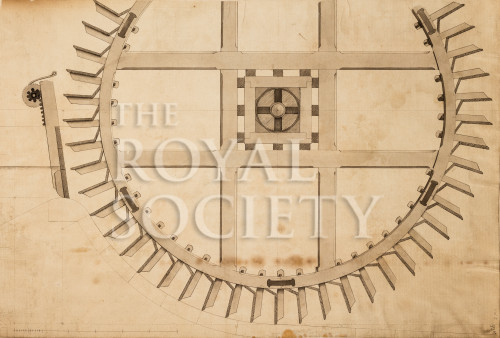 Elevation of water wheel and shuttle for an unidentified mill, possibly at Waddon.

Inscribed on verso by John Farey ‘Note. In the very last letter in Mr. Smeaton’s letter book, see LS 17, 145, respecting Waddon mill he speaks of having sent drawings of the inside machinery of a mill to an engraver.’