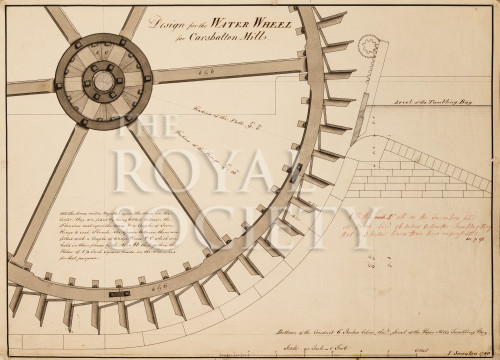 Vertical section of the water wheel and shuttle for the mill at Carshalton, Surrey, at a scale of 1:12.

Signed and dated lower right and inscribed ‘Design for the WATER WHEEL for Carshalton Mill.’ Further inscription in red ink ‘ NB this Fall on the execution has its crown laid 16 inches below the Tumbling Bay that is 3 inches lower than here represented. See p98.’