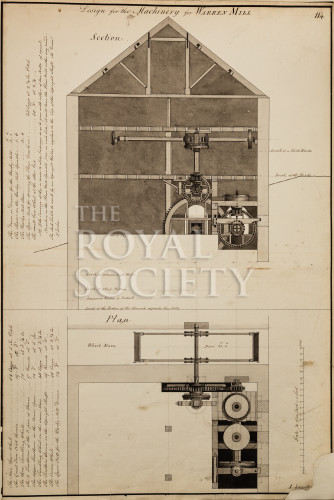 Section and plan of the machinery for the Warren watermill, at a scale of 1:48.

Signed lower right [damage to lower right hand corner where date would normally appear] and inscribed ‘Design for the Machinery for WARREN MILL.’