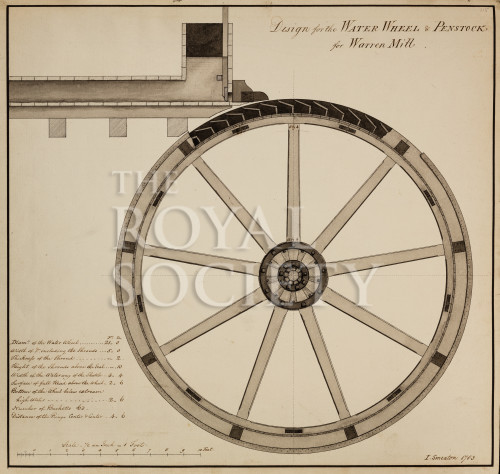 Section for the waterwheel and launder for the Warren watermill, at a scale 1:24.

Signed and dated lower right and inscribed ‘Design for the WATER WHEEL & PENSTOCK for Warren Mill.’