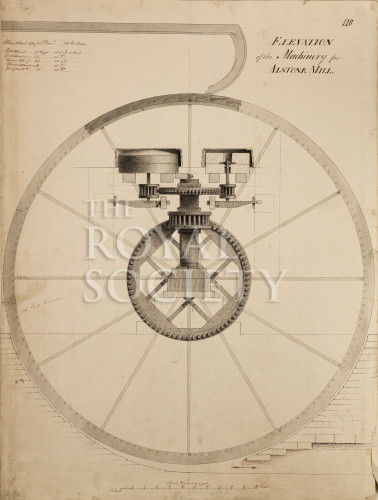 Elevation of the waterwheel, gearing and stones for the mill at Alston, Cumberland, at a scale of 1:24.

Inscribed ‘ELEVATION of the Machinery for ALSTONE MILL.’