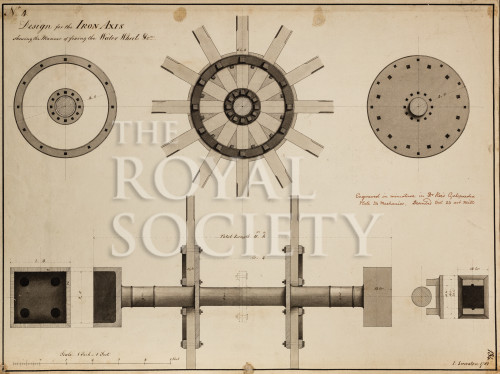 Plan and elevation of the iron axel and fixing plates for the mill at Deptford, London, at a scale of 1:12.