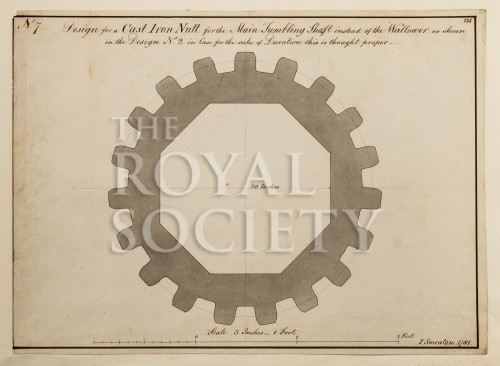 Plan of the fixing nut of the main tumbling shaft for the Red House mill at Deptford, London, at a scale of 1:4.

Signed and dated lower right and inscribed ‘Design for a Cast Iron Nutt for the Main Tumbling Shaft instead of the Wallower as shewn in the Design No.2 in case for the sake of Duration this is thought proper.’