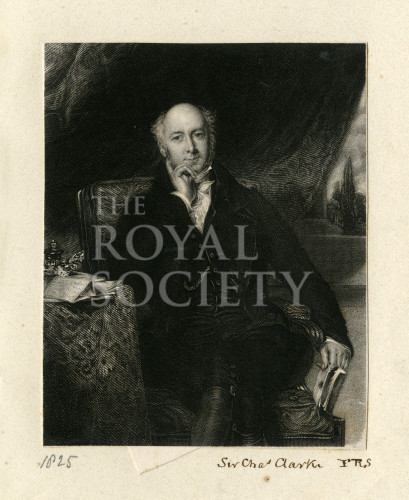 Three-quarter length portrait of Sir Charles Mansfield Clarke seated in an armchair next to table with inkwell and papers. He holds letter in left hand and rests chin on right hand. He wears regency-style clothing of breeches and high collared jacket.

Sir Charles Mansfield Clarke was elected a Fellow of the Royal Society in 1825.

Provenance: Noted in Catalogue of the prints in the possession of the Royal Society, by Henry George Plimmer FRS (1856-1918), manuscript, p.12.