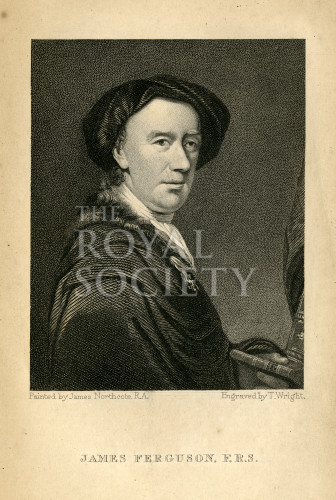 Head and shoulders portrait of James Ferguson, in three-quarter profile to the right as viewed. He wears a fur-trimmed cloak, necktie and a cap. He holds a book in his left hand.

James Ferguson (1710-1776) was a British astronomer and instrument maker, he was elected a Fellow of the Royal Society in 1763.

Provenance: Noted in Catalogue of the prints in the possession of the Royal Society, by Henry George Plimmer FRS (1856-1918), manuscript, p21.