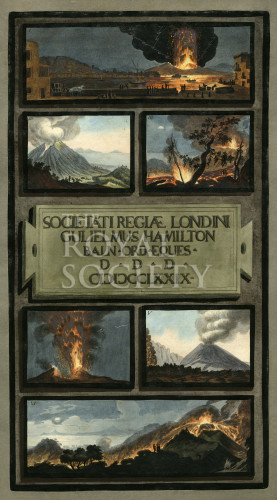 Six views of the eruption of Mount Vesuvius, at different times of the day and night, depicting plumes of smoke and lava flows.

Plate one from the Supplement to Sir William Hamilton's Campi Phlegraei, 'Fields of Flame'.