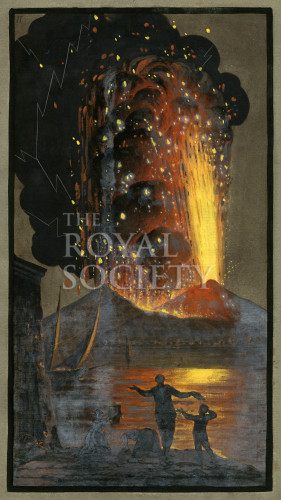 A night view of the eruption of Vesuvius on 8 August 1779. Four figures look on to the scene from Posillipo, a residential quarter offering views of the Gulf of Naples.