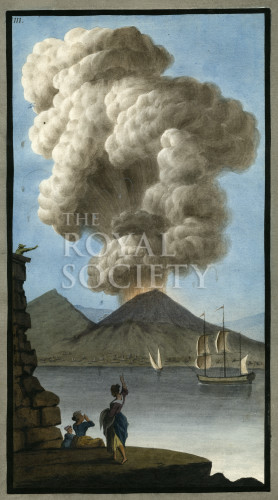 The eruption of Vesuvius on the morning of 9 August 1779 and the ‘magnificent column of smoke, which attended that eruption’ [quotation taken from Hamilton’s plate references]. Four figures look onto the scene from Posillipo, a residential quarter offering views of the Gulf of Naples.