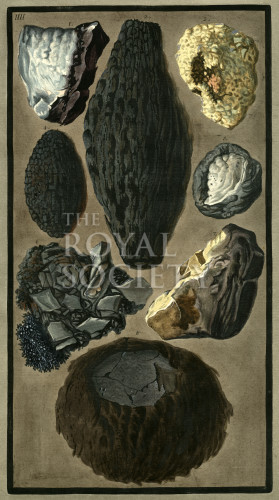 Eight specimens of pumice, lava and other volcanic rock emitted from the eruption of Vesuvius of 1779, as found by Hamilton in its aftermath.