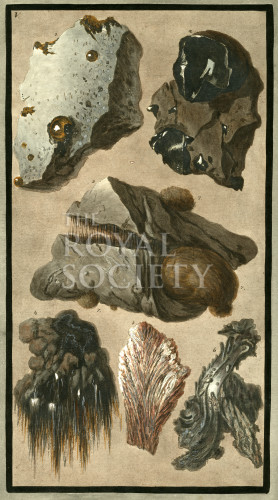 Six specimens of pumice, lava and other volcanic rock emitted from the eruption of Vesuvius of 1779, as found by Hamilton in its aftermath. Some display vesicles and glass fibres protruding from their surface.