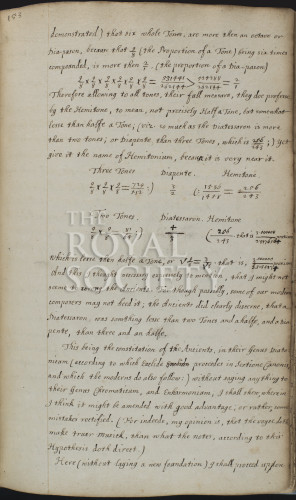 Proportions of harmony in John Wallis's letter to Henry Oldenburg dated 14 May 1664. It was read at the meeting of the Royal Society on 18 May 1664.