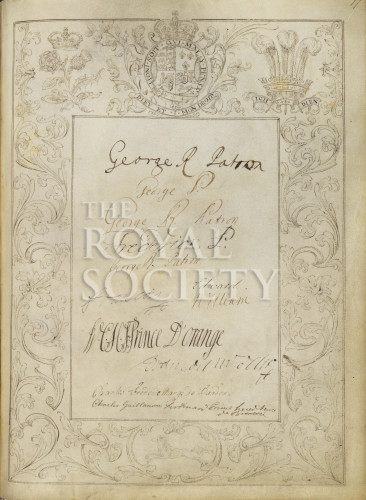 The border is decorated with a floral vine pattern with symbolic flowers, including the rose of England, the thistle of Scotland and the feathers and motto ('ich dien', 'I serve') of the Prince of Wales. At the top is the chivalric emblem of the Order of the Garter with the motto 'Honi soit qui mal y pense' ('May he be shamed who thinks badly of it'). It also bears the motto 'Dieu et mon droit' ('God and my right'), used by the British royal family.