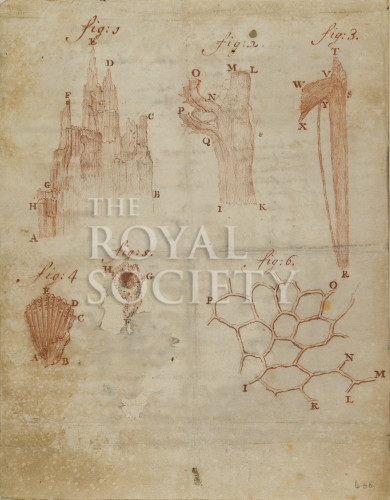 Details of pumice, a shell, coral and a sponge

Six figures in a letter by Antoni van Leeuwenhoek to the Royal Society.

The letter has suffered from water damage, which has caused this page with images to leave marks on p. 2 when it was at some point kept within the letter.

The Journal Book mentions on 27 Feburary 1705/6, 'A Letter was read from Mr Lewenhoeck concerning pumice stones, & spunges. He was ordered to be thanked' (JBO/11/83).