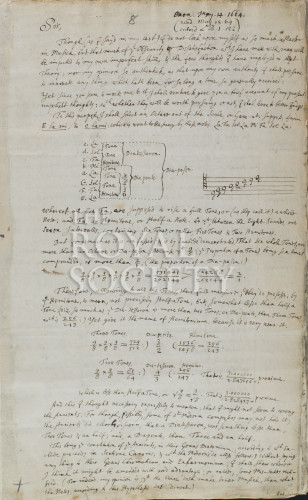 Figure and musical scale illustrating proportions of harmony in John Wallis's letter to Henry Oldenburg dated 14 May 1664. It was read at the meeting of the Royal Society on 18 May 1664.