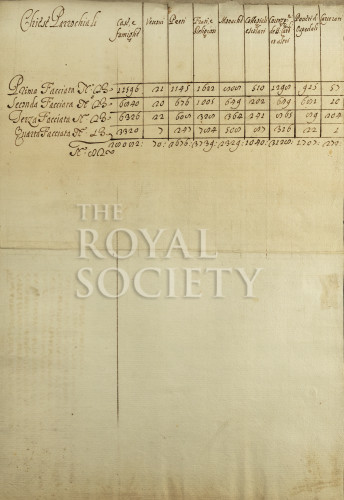 This page contains a table and an Etruscan inscription. The table, labelled in Italian, charts the demographic information of a town parish (births, deaths, those able to receive communion, etc).

This image appears in a portfolio of drawings and tracings of Greek, Latin and Etruscan inscriptions, objects and monuments.