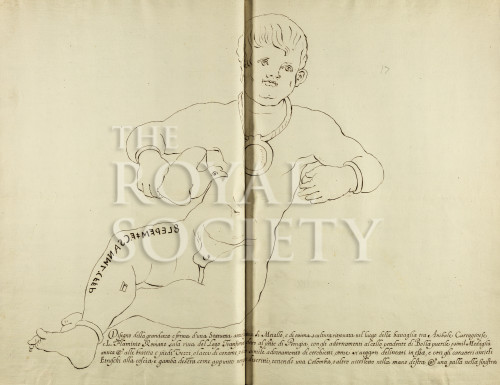 This ink drawing depicts an Etruscan statue from the early second century BC of a seated child holding a bird in one hand and a ball in the other. The inscription down the youth's leg reads: 'to the god Tec Sans as a gift'. This ex voto statue would have been offered to the divinity Tec Sans, the protectress of children. The bronze statue originates from the Lake Trasimeno region, and is currently in the collection of the Vatican Museums.

This image is located in a portfolio of drawings and tracings of Greek, Latin and Etruscan inscriptions, objects and monuments.