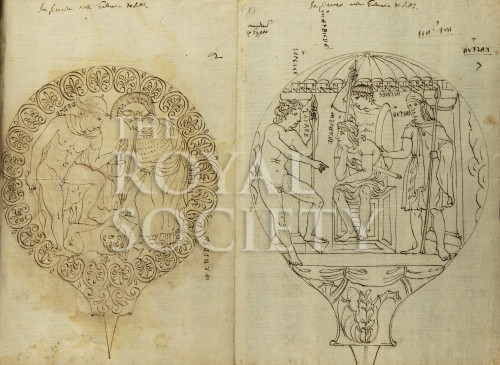 This page depicts classical scenes on the back of two
Etruscan hand mirrors.

These drawings are included in a portfolio of drawings and tracings of Greek, Latin and Etruscan inscriptions, objects and monuments.