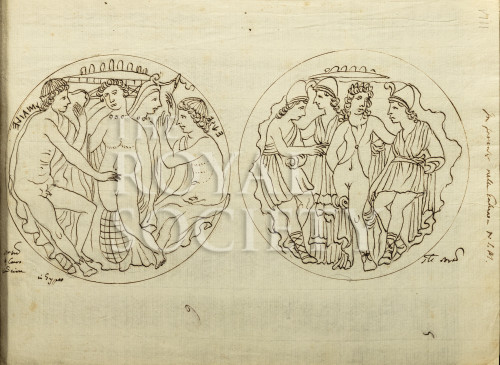 Two mythological scenes on the back of Etruscan mirrors

Two round images with scenes of ancient figures. These two mythological scenes were likely taken from the back of Etruscan hand mirrors.

The image on the right depicts Minerva with Castor and Pollux (the Dioscuri). The woman in the background is likely their sister Helen.

These images were included in a portfolio of drawings and tracings of Greek, Latin and Etruscan inscriptions, objects and monuments.