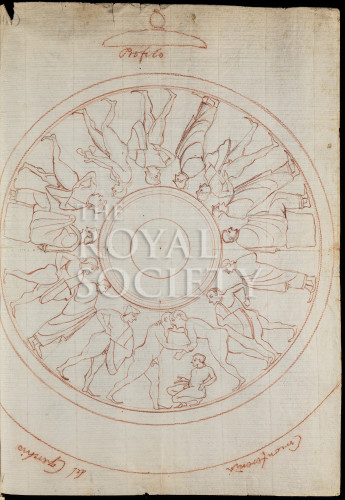 Scene from an ancient vase

This images depicts several figures in a circular form as though traced from a kylix (a drinking cup) or similar Greek pottery form.

This figural drawing is included in a portfolio of drawings and tracings of Greek, Latin and Etruscan inscriptions, objects and monuments.