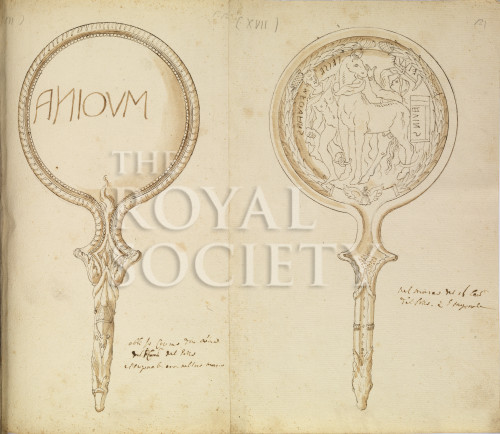 This image shows two views of an Etruscan hand mirror. These mirrors were usually made of bronze and depicted a mythological scene on one side. The single word 'Suthina' means 'grave gift' or 'for the tomb', indicating that this object was created for funerary, rather than functional, purposes.

This drawing is included in a portfolio of drawings and tracings of Greek, Latin and Etruscan inscriptions, objects and monuments.