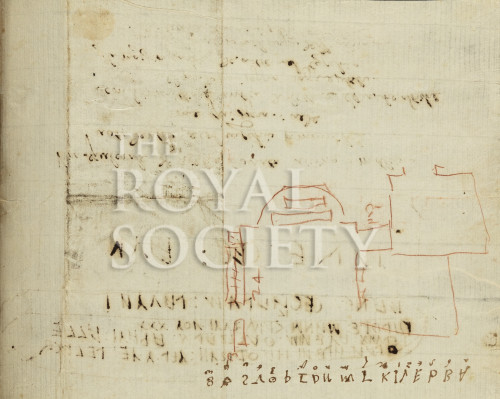 Enclosed inscription and partial drawing in portfolio of drawings and tracings of Greek, Latin and Etruscan inscriptions, objects and monuments.