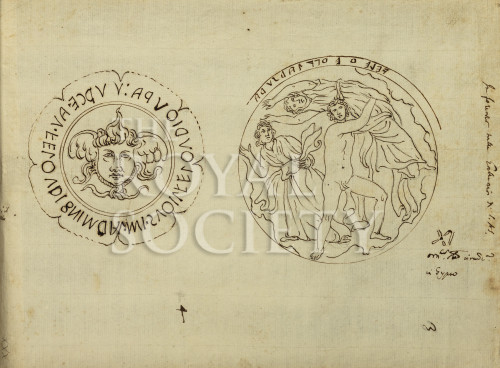 This page contains two circular drawings. The one on the left is likely an Etruscan coin or medallion, and the one on the right most likely depicts a mythological scene on the back of an Etruscan hand mirror.

These images are in a portfolio of drawings and tracings of Greek, Latin and Etruscan inscriptions, objects and monuments.