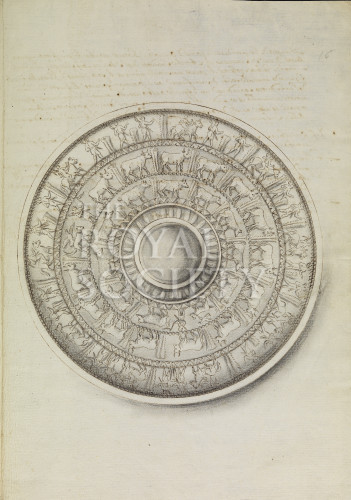 Two drawings of ancient vases. The image on the left depicts a vessel from the mid-seventh century BC, from the vicinity of Chiusi. The vessel is currently in the Museo Archeologico in Florence. At the top is the owner's name, Plikasna. The image on the right is a round plate or shield with several friezes of figures.

These drawings are in a portfolio of drawings and tracings of Greek, Latin and Etruscan inscriptions, objects and monuments.